The Trial Never Ends: How to Use Story to Make Your Game Immortal

This week marks the fifth anniversary of the release of Tilting Point and Wicked Realm Games’ Star Trek Timelines. From the start, we’d conceived of Timelines as a story-driven game with a great hook: what if an uncontrollable series of temporal anomalies forced characters from every era of Star Trek into the same timeline together? We also partnered with actor John de Lancie, who famously portrayed Q, to help breathe authentic Star Trek audio into the game.

But as Q once reminded Picard, the trial never ends: a successful launch doesn’t guarantee a game’s long lifespan, or that the developers have learned enough to ensure continued success.

We made story foundational to Timelines because we know that narrative is a powerful and often overlooked lever for mobile games. It can breathe new life into long-running titles, create urgency among existing players, and dramatically increase engagement and retention for newcomers.

Narrative can also be low on overhead and high on ROI; a single writer working within a game’s existing content delivery systems has the power to completely change in-game motivations or cause a drastic shift in tone. But like so many great powers, game narrative is only effective if utilized thoughtfully.

In honor of our anniversary, this blog will take a look back at our early decisions for the narrative design of Star Trek Timelines, and highlight recent successes with story-based events. We’ll analyze why these events had such a strong impact, and point to clever decisions you can make with your own game narrative to engage players over time, increase conversion, and amplify UA and retention, all while maximizing your live-ops team’s efficiency.

When working with licenses, developers need to ensure that they understand what makes an IP great and what fans expect from it. In our early development days, we tried many different prototypes for the game’s core and secondary loops, also examining the many Star Trek games that have come before us.

What resonated with the development team and early playtesters alike was an experience most inspired by the PC games Star Trek: 25th Anniversary and Star Trek: The Next Generation – A Final Unity. These were largely story-driven games which saw the player controlling crews of the respective Enterprises, commanding them through missions both on the ship and off. We felt that we could recreate these experiences on mobile devices while capitalizing on the interconnectivity of players afforded by these platforms.

We knew Timelines would launch with a great story-driven experience, but what would happen when players reached the end of launch content? Simply dropping new offers or items into our in-game storefront was not going to aid in retention. We needed to develop a post-launch content release plan that continued to deliver exciting, story-driven experiences and offered compelling reasons to convert and spend. We also needed a system to make that plan a reality; it may seem hard to believe now, but when Star Trek Timelines launched back in 2016, our Events system did not exist!

Fast-forward to today, and Star Trek Timelines’ Events system has flourished into the robust heart of our live-ops strategy. We have the ability to run four different types of events, each making use of an existing in-game feature, and even the ability to mix and match them to create new “hybrid,” multi-phase events.

Game events run for a limited time alongside flash sales of related crew and ships, creating urgency and excitement among players every week. But how do we measure the impact of our storytelling efforts? By tying our live-ops strategy to the story of each week’s event, the Timelines team now has a clear view of which narrative experiences are resonating and which aren’t, and the ability to adjust accordingly.

Creating great Star Trek narrative content takes time. This IP has a passionate fanbase who are often more knowledgeable about “Treknobabble” than the creators themselves. Though the Timelines team is comprised of many fervent Star Trek fans itself, we still need time for research when creating new content.

This might seem in conflict with the game’s live-ops content cadence, which usually calls for a new event without fail each week (more on this later!). In order to exceed our bar for quality, the team has adopted a “one month on, one month off” approach to narrative design in our live-ops events.

In an “on” month, the team will roll out a massive new mega-event story arc. These highly coordinated arcs take what are usually disparate event narratives and instead combine them, using them to tell a linear story from week to week, often featuring crew and story elements from the most recently aired shows of the Star Trek universe, such as Discovery and Picard.

It should come as no surprise that players love “on” months. With each week delivering a new plot twist and exciting rewards, they’re huge events in the community.

Take the August 2020 Enterprise mega-event story arc “The Capitoline Wolf,” where an ancient Romulan-Human civilization is discovered in the Neutral Zone, sending players into a rapidly unfolding alternate history in the game. The team had four weeks of themed content, events, and rewards that culminated in an exciting crescendo that tied everything together.

The results for these large-scale narrative-driven events have been impressive. Because we commonly plan bundle sales around our anticipated highest points of engagement, we witnessed a 38 percent increase in gross revenue during “The Capitoline Wolf” mega-event story arc! We also enjoyed a DAU to PAU conversion spike of over 11 percent, around 2.5x the daily average.

An additional factor in “The Capitoline Wolf’s” success is that the Enterprise theme was indirectly chosen by the players themselves; Enterprise was the runner-up in a player survey we ran in June 2020 asking which theme players would like to see used in the next mega-event arc.

What might come as a surprise is that Star Trek Timelines players have also had incredibly positive reactions to the “off” months as well. In an “off” month, in addition to creating a few new standalone events, the team finds low touch ways to dress up old content, giving developers the time to create and refine the next new mega-event story arc.

In order to keep the workload manageable for the development team, we created two new categories of events: “flashbacks” and “reruns.” The concepts are simple: we take existing, previously run events from the game and run them again, either as is (“flashbacks”) or with a small twist, like the addition of a new character (“reruns”).

These events have proven to be big engagement drivers. Players love reruns because they often feature interactive narrative with different dialogue choices, as well as different endings (and rewards) based on which faction the player chooses to support. A rerun allows players to try out different responses or see the endings they didn’t choose during their first playthrough.

Players also love reruns from a gameplay perspective because they allow them to try and unlock not only the crew members they might have missed during the first run of the event, but also the one new crew member added for the event. Because of all this, recent rerun of “The Daystrom Award” showed a conversion spike of more than 12 percent when it launched, double the rate of the most recent flashback event.

We’ve found that mega-event story arcs can be powerful drivers of social media engagement and user acquisition. We saw this play in October 2020, with our wonderfully seasonal “Spocktober” arc.

The “Spocktober” mega-event features a month’s worth of challenges and narrative twists as players encounter a time-traveling Spock with an odd request: make sure he never joins Starfleet. Players work with Spock in an attempt to change his mind and demonstrate all the good he’s done as a Starfleet officer.

Original dialogue between Spock and the player during Spocktober

Needless to say, the event created a ton of discussion in the community, and was an active driver of our UA for the month. Due largely to interest in the new narrative content, player engagement on our official Facebook channel was up 24 percent in October compared to September.

And new players who joined during the event were more likely to keep playing, as we saw increases by around 12 percent in our D1, D3, and D7 retention rates early in the run of “Spocktober.”

The success of the Spocktober arc would come as no surprise if only because Spock is an incredibly popular character, but the “Spocktober” wordplay was also used across many official Star Trek channels at that time, increasing awareness and appreciation without any additional spend or effort on our part. When working with a license, it can be incredibly valuable to stay aware of happenings across all of that license’s platforms, and to try to achieve synergy whenever possible.

Getting started with narrative

Game narrative can often seem as mercurial as Q himself, with fewer means of measuring impact. But Star Trek Timelines’ continued success shows that good story is appreciated by savvy players, and can help extend the lifespan of a game for years to come.

Whether you’re still in production on a yet-to-be launched game, working out your released game’s live-ops strategy, or trying to breathe new life into an aging product, we recommend keeping a few of our learnings from Star Trek Timelines’ success in mind:

Want to learn more? Get in touch.

Creating a smart, sustainable narrative strategy can help mobile games of all stripes keep players engaged and happy over the long run. If you’re looking for a partner to help build a narrative strategy for your game, the team at Tilting Point would love to hear from you. Send us an email at hello@tiltingpoint.com to get started!

Want to receive more blogs like this in your inbox? Sign up for the Tilting Point newsletter! 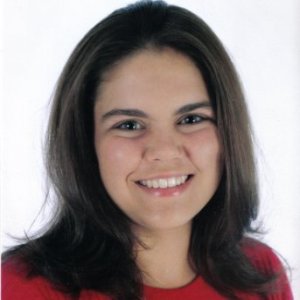 Jessica Sliwinski leads the narrative department at Wicked Realm Games, where she uses lessons learned from creating both expansive cinematic experiences and single string quest intros to inform narrative design for story-driven mobile games such as Star Trek Timelines and SpongeBob: Krusty Cook-Off. Jessica started her career at BioWare, writing for Star Wars: The Old Republic, and has also written for many other licensed games based on blockbuster properties, such as Game of Thrones and The Walking Dead.

The Trial Never Ends: How to Use Story to Ma…