The Ten Year Tilt: The Past, Present and Future of Tilting Point

Our once little company is now ten years old!  Wow.  In ten years we’ve accomplished so much, yet it feels like it’s all gone by so fast.  So, as we celebrate, we thought it worth pausing to reflect on our origins, and how we have grown and adapted over the decade.

From the beginning we’ve remained a partnership-first company, 100% committed to accelerating and amplifying developers’ games and changing their lives.  In fact, that’s even where our name came from. When Tilting Point was founded, our stated goal was to be the partner that could provide a ‘tipping point’ for developers’ first big success. To theme our name around the early days of games, we decided to reference pinball machines, which would flash “TILT” when a player got too excited and tried to push the ball past the machine’s limits. And so we became Tilting Point, the company that takes independent game developers beyond their limits.

At our founding in 2012, we acted more or less as a traditional publisher of purchasable mobile games. We achieved great success with our first new game launch in 2014 for Leo’s Fortune, a platform adventure with gorgeous graphics developed by 1337 and Senri that we continue to publish in 2022.  Leo’s Fortune received great critical praise, was showcased by Apple in TV ads and on billboards, and won the Apple Design Award that year.

We knew we were onto something special, but at the same time, the mobile games market was shifting into Free-to-Play, and it became clear that this was where we could help developers succeed next.

In 2015, with Samir joining the company and bringing over a decade of mobile games experience, we took a hard look at what the F2P shift would mean for us. There were many excellent games already on the market with the potential to reach much larger audiences, if only their creators could get access to the right marketing expertise and management. So in 2016, Tilting Point began to partner with developers of already live Free-to-Play games which we’d identified for their great potential to scale. Through a combination of proprietary AI tech, data, marketing talent and knowledge, including user acquisition (UA) funding & management, we set out to grow those games to exponential success.

We started scaling so many live games beyond our and the developers’ dreams, that in fall 2018 we chose to more than double down on our initial UA fund, with a new $132M annual commitment that remains in place today. We also began to expand the company beyond our New York City headquarters, starting with our Barcelona studio. Since then we’ve added locations in Kyiv, Seoul and other cities, as well as dozens of staff in other locations working remotely with our core teams.

Never resting on our laurels, we soon realized that the deep relationships we’d forged with independent partners could be leveraged even further.  We recognized the advanced potential that our early games’ proprietary engines would have with newer, more distinguished titles.  So in 2019 we began co-developing new games from the ground up, taking those engines, with their developers’ creative expertise and our marketing expertise behind them, and pairing them with globally-recognized IPs.

That’s how the Progressive Publishing model was born.  In May of 2019 we launched our first co-developed game with Hunted Cow Studios, a partner with whom we’d achieved great success on their multiplayer strategy game Operation: New Earth. We introduced them to Games Workshop, holders of the illustrious Warhammer IP, and gave birth to Warhammer: Chaos & Conquest, which remains a hit game over three years later.

Our teams in NYC & Barcelona celebrating the Tilting Point rebrand in 2020.

Then in 2020, alongside a full Tilting Point rebrand including a new logo, color scheme, and our tagline “Raise your game”, a co-development project became one of our biggest hits ever. We connected our developer partner with Nickelodeon and, together, we launched the beloved cartoon cooking game SpongeBob: Krusty Cook-Off. It’s been downloaded by over 58 million players, and was the recipient of both Users’ Choice at the 2020 Best of Google Play Awards, and People’s Choice at the 2021 Mobile Game Awards.

Since launching those two titles, we now have 12 co-developed games in our portfolio and more to come. Working closely on games like SpongeBob has also helped us expand our expertise with new audiences, especially with reaching younger gamers for the first time.

Many of Tilting Point’s most successful games over the years, including SpongeBob: Krusty Cook-Off, Star Trek Timelines, Warhammer: Chaos & Conquest and TerraGenesis.

Expansion became more and more a priority for us – expansion into new geographies, audiences and platforms – because it meant more success for our developer partners.  While we began with mobile games, we’ve since launched several games on the Microsoft Store, Steam, and for SpongeBob, the Nintendo Switch. We’ve also launched games on subscription services such as Apple Arcade and Netflix Games, harnessing the potential of each title for different audiences and business models.

We also expanded our capabilities through several strategic acquisitions, building our publishing platform and capacity for more developers.  Our first acquisition was the LTV tech platform Gondola in the fall of 2019.  Then in spring 2020, we acquired the popular character collection role playing game Star Trek Timelines, which we’d worked successfully on for years.  We formed a new studio, Wicked Realm Games, to support the title and took on 19 key members of the original game team.  That summer we also acquired FTX Games, known for publishing Narcos: Cartel Wars, The Walking Dead: Free Casino Slots and Criminal Minds: The Mobile Game.

Growing our first party portfolio by acquiring studios and games felt right to us.  In fall 2020, in one of the best examples of our Progressive Publishing model in action, we acquired TerraGenesis, a game that had grown as part of our portfolio for three full years.  Our mobile marketing efforts had not only helped Edgeworks Entertainment grow from a staff of just one to half a dozen, but it also led to a 17x increase in TerraGenesis’ monthly gross revenue, as well as the game’s launch on PC. With over 28 million downloads achieved and an exciting climate action feature integrated by Ecologi, we’ve taken another huge step together by launching the game’s sequel, TerraGenesis: Operation Landfall this past summer.

Even after all this growth, we knew we could do more to accelerate and amplify developers’ businesses, their live games and their technology.  To that end, in summer 2021, we raised $235M in our first-ever equity financing, led by leading global growth equity firm General Atlantic with participation from strategic investor Red Ventures and Kamerra. We pursued the raise to help us sign more developers in live publishing, co-develop more titles, acquire more studios, partner with developers on top IP launches and to continue to expand across geographies, platforms and audiences.

We were then able to close on three more strategic acquisitions in quick succession, starting with publishing rights for Hidden Hotel: Miami Mystery by developer WhaleApp. Next we acquired a majority stake in Korea-based game dev AN Games, with whom we’d worked to scale their 4x space strategy game ASTROKINGS.  That acquisition elevated our presence in Korea and granted access to AN Games’ publishing experience in key Asian markets including Korea and Japan.  And, finally, we acquired Budge Studios, one of the world’s largest developers in children’s entertainment and education, whose biggest mobile hits include Barbie Dreamhouse Adventures and PAW Patrol Rescue World.  This further expanded our younger audience expertise and opened new opportunities in the fast-growing edutainment sector.

Looking to the Future

All that in the span of a decade!  And yet, there’s so much more to come.  Tilting Point is bigger, savvier and more recognized than ever. We have over 80 live games in our portfolio, 45 million Monthly Active Users, and just last month we were named the #10 on PocketGamer.biz’s 2022 list of the Top 50 Mobile Game Makers. And we continue to stay one step ahead in the industry, opening new opportunities to amplify our developer partners, including leading the way in the Web3 era.

This spring we revealed that Web3 gaming is now one of our core strategic pillars.  That’s because we believe that blockchain game development and token economics offer incredible opportunities both to benefit our players and to boost LTV for our partners. We are offering a common ground solution for Web2 and Web3 developers, bridging existing games from Web2 to Web3, helping our new and existing partners expand into Play and Earn gaming. With our extensive publishing expertise, we can also help native Web3 game companies reach broader audiences. For us, it’s a natural extension of what we do as the ideal growth partner for game developers.

We have partnered with Polygon and Stardust to bring 10 games to Web3 over the next two years, starting with many of our 1st party games as well as partner titles like Chess Universe, by developer Kings of Games.

That brings us to today, and to you. If you are one of our developer partners, we thank you for putting your trust in us with your games.  If you are one of our more than 400 team members across the globe, we thank you for all the work you’ve done and continue to do.  We thank all the licensors, platform partners, regional publishers and tools providers who have worked with us over the years.

And if you are a game maker or player we haven’t met yet, we want to thank you.  We appreciate the time you’ve given us, and for your love of games that we share. We hope that you will explore our website to learn even more about our services, portfolio and history.  Thank you all for celebrating with us, and we look forward to another 10 fulfilling years where we RAISE YOUR GAME! 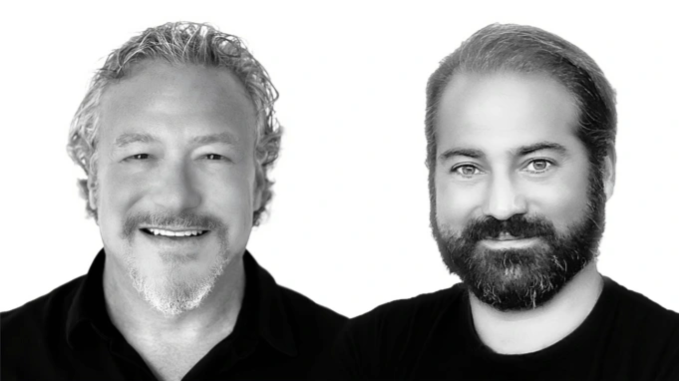 Kevin Segalla is the Founder and Co-CEO of Tilting Point. As an entrepreneur with multiple successful media and entertainment companies under his belt, Kevin founded Tilting Point in 2012 with an express vision of helping independent development studios to thrive in the rapidly growing mobile game space. Kevin has adhered steadfastly to that vision as the mobile game space and, in turn, Tilting Point have rapidly evolved. With an incredible team behind him, Kevin and Tilting Point are making a significant mark on the games industry.

Samir Agili is Co-CEO and President of Tilting Point, an international games publisher which employs over 400 people worldwide. Prior to joining Tilting Point, Samir was the Vice President of Production for the US and Latin America at Gameloft, where he managed nine development studios across the US and Latin America, and led the development of more than 55 mobile games. With over 20 years of experience in mobile game development and publishing, Samir is one of the most experienced game makers and leaders of the mobile games industry.

How PWRUP is Creating Community