Working with a well-known IP can be an incredible boon for game developers. With a built-in fan base, fleshed-out characters, and ready-made lore, a popular franchise can give developers a massive head start when it comes to growing a business. But it also comes with its own challenges, such as hitting non negotiable deadlines like movie premieres or season finales.

Over the last year, my team at Tilting Point has partnered with Metagame Studio on Zombieland: AFK Survival, based on the Sony Pictures film and its sequel which released in theaters along with the game in October 2019. Together, we managed to deliver an awesome mobile game experience with a fun idle RPG gameplay loop, a solid heroes collection mechanic, and a clear identity that captured the playful Zombieland IP.

But as with any live service game, launch is just the beginning. To think beyond the stale “add offers” approach, careful planning is needed to keep players engaged, and ultimately increase their LTV.

We succeeded by taking a step-by-step approach to addressing all aspects of the player journey from beginning to end, prioritizing vital changes which impacted early retention, production capacity, and the development of a live-ops system that tied together all the game’s content. Let’s dig into the details of these improvements, which helped increase our 60 day LTV by more than 80 percent in year one of Zombieland: AFK Survival.

Early retention is one of the hardest metrics to improve on a live game, and it can be risky, since changes to the early game and FTUE directly impact the rest of the funnel. But it also means that even small changes, especially when based on both qualitative and quantitative insights, can positively impact your whole retention curve.

For this, we did a data analysis of the early game funnel to identify where exactly and how important the main churn points were, and used PlaytestCloud to get additional qualitative insights. This second part helped us formulate better and objective hypotheses about the cause of these churn points, and was additionally very useful for spotting confusion regarding UX or behaviour on specific tutorial steps. We additionally took a close look at the best FTUE practices in the top games of the genre.

In-depth feedback from PlaytestCloud shows how testers are interacting with the screen, and includes notes and voice recording.

What we learned is that by focusing our tutorial on the active “tapping” mechanic of the game, players were getting confused about or disregarding the important idle aspects which had received less attention. This led us to swap out our “tap tutorial” in favor of a more relevant “offline tutorial,” a change which yielded an 11 percent improvement on D14 retention in A/B tests.

It’s essential for players to learn your game’s most critical features from the get-go, and sometimes small teams working on a game for months can lose sight of what might be unfamiliar to anyone jumping in. For this reason, dynamic qualitative feedback from tools like PlaytestCloud should not be underestimated.

Ultimately, these and additional FTUE changes made by Metagame Studios, such as changing the order of tutorial steps, the introduction of hints to make sure players repeat and understand core mechanics, and new goals to provide players with better objectives, led to a 15 percent increase in our FTUE funnel completion.

Players loved the heroes in the game, but the original mechanic of unlocking each hero all at once meant that players were getting through the content far too quickly, which limited the metagame. In order to better manage the cadence, we decided with Metagame to implement a system where players gradually get hero shards and unlock higher rarities with a greater number of stars. This let us better manage the pace at which players unlocked and consumed content, but also increased the value of the hero content itself.

We also added Hero Squads, which gave added value to a complete collection. In addition to a hero’s specific class (Tank, Support, DPS), these new tags regroup heroes under the same Squad (like Entertainer, Lone Wolf, and Civil Servant) to help players meet specific mission objectives. Certain Squad tags are also required to participate in specific missions and events, giving players plenty more to do with their full roster of heroes.

The community loved the addition of Squads because it made each hero more special, with the added benefit of allowing Metagame Studio to get more creative in the kinds of events being produced. Players were also encouraged to unlock a bigger roster of heroes, the total number of which has grown from 25 to more than 70 in the past 12 months.

While the benefits of this increased content were harder to quantify in the short-term, introducing shards and Squads gave our team considerably more control over our content pacing. Not only does unlockable content now span a number of months instead of weeks, these added systems paved the way for some extensive new live-ops content…

Tying everything together with events

The addition of Hero Squads allowed us to create what we call Gauntlet events. This set of objectives spanning two weeks requires a variety of not just heroes, but also weapons and other items in order to reach 100% completion and unlock exclusive rewards.

Gauntlet events tie together and reinforce all disparate elements of Zombieland, including active events such as Kill of the Week and the Tower of Babylon, while challenging players to engage with that content in new ways by sending in Squads to complete their objectives.

This additional content layer also reinforces the appeal of catch-up offers, giving players who missed out on items required for these objectives the chance to fill in those gaps with strategic purchases. The requirements will often include heroes and items gained from past Gauntlets, creating a continuous content loop for engaged players.

Our introduction of Gauntlet events began slowly, with Metagame adding just one such event in the first month. The first iteration performed so well, and was received so well by players, that they’ve now expanded to two per month, such that Gauntlet objectives are almost always running.

Because players are now rewarded for participation in the full spectrum of Zombieland content, we saw a 7 percent rise in the average number of daily play sessions for the first month of Gauntlet events. And thanks in part to its novelty, the first event led to an ARPDAU increase of 40 percent, with subsequent events increasing ARPDAU by roughly 20 percent every time we run them.

One step at a time

When it comes to improving player LTV, there is typically no single solution that will provide a quick fix for either revenue or retention. The key is often to take a step-by-step approach to examining the full extent of the player experience you have created, and adding improvements which pave the way for others.

Here are the main takeaways from the steps we took alongside Metagame Studio:

Power up your game

Launching a game is just the beginning for mobile game developers. Do you have a live service game that could use some help supercharging its LTV?  The team at Tilting Point would love to hear from you.  Shoot us a line at hello@tiltingpoint.com to get started.

Want to see how Zombieland: AFK Survival has leveled up in its second year? Download the game here!

Want to receive more blogs like this in your inbox? Sign up for the Tilting Point newsletter! 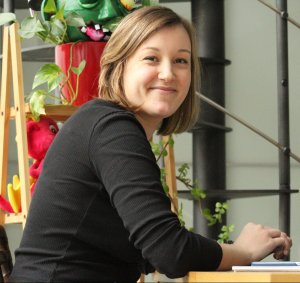 As a Senior Game Designer at Tilting Point Barcelona, Elora is responsible for sharing her expertise with co-development game teams, providing production support and evaluating future partners’ games. She helps the teams grow and improve their product strategy at different production stages. Prior to Tilting Point, Elora had worked as a game designer and a game economy designer in Montréal and Barcelona, after earning a degree in both subjects.

The Trial Never Ends: How to Use Story to Ma…